HomeLatest NewsA preview has been released for the film adaptation of the story...
Latest News 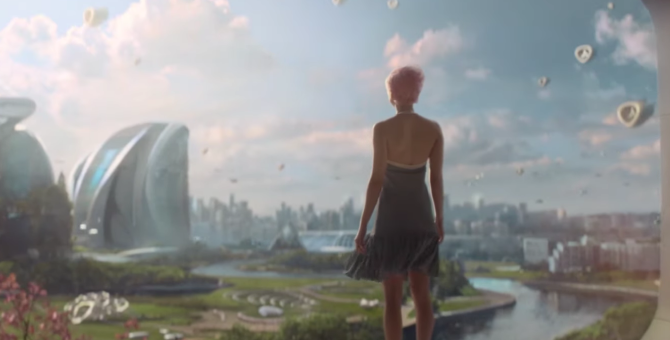 The first teaser for the science fiction film “One Hundred Years Ahead”, based on the eponymous story by Kir Bulychev from the cycle about Alisa Selezneva, has appeared on the Web. The video was posted on the YouTube channel of the Central Partnership company.

The picture tells about Kolya Gerasimov, who lives in today’s Moscow, writes rap and is fond of computer games. According to the plot, he finds himself in the future, where he has to fight intergalactic pirates together with Alisa Selezneva.

Konstantin Khabensky and Victoria Isakova played Alice’s parents. The director’s chair was taken by Alexander Andryushchenko. He also wrote the script in collaboration with Andrei Zolotarev and Ksenia Miroshnik.

Recall that the premiere of the documentary series “Karenina” about the heroine of Leo Tolstoy’s novel will take place in 2023. It was based on the book by Pavel Basinsky “The True Story of Anna Karenina”, which brought the writer the main prize of the “Big Book – 2022” award.

Share
Facebook
Twitter
Pinterest
WhatsApp
Previous article
He fooled everyone again: Why Zelensky couldn’t be in Bakhmut on the eve of his trip to the US.
Next article
The CEOE rectifies and now opens to a 4% rise in the SMI, up to €1,040